Mary Shelley's Frankenstein; or, The Modern Prometheus: About

About the Book and its Author 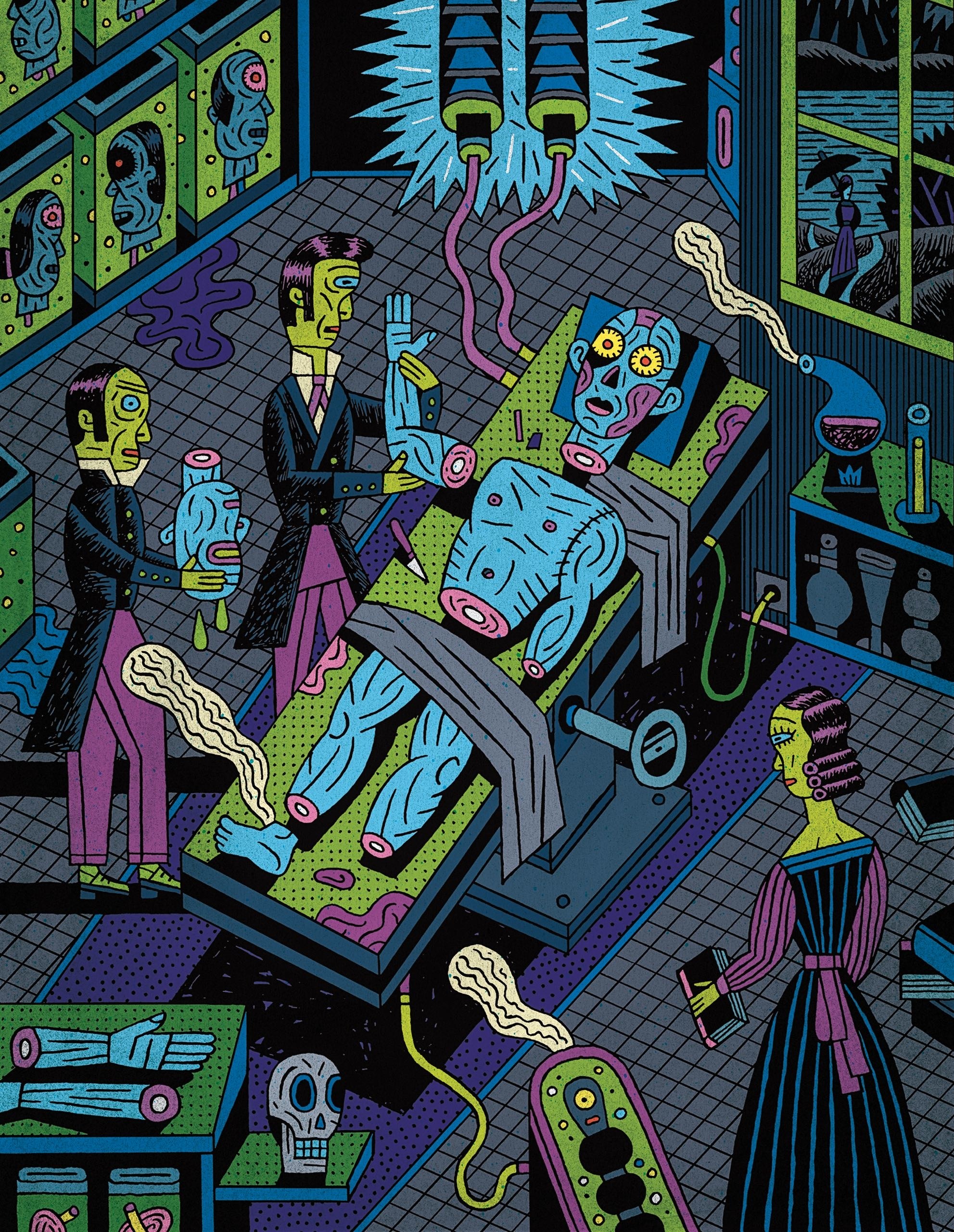 The Strange and Twisted Life of Frankenstein

"Mary Wollstonecraft Godwin Shelley began writing 'Frankenstein; or, the Modern Prometheus' when she was eighteen years old, two years after she'd become pregnant with her first child, a baby she did not name. 'Nurse the baby, read,' she had written in her diary, day after day, until the eleventh day: 'I awoke in the night to give it suck it appeared to be sleeping so quietly that I would not awake it,' and then, in the morning, 'Find my baby dead.' With grief at that loss came a fear of 'a fever from the milk.' Her breasts were swollen, inflamed, unsucked; her sleep, too, grew fevered. 'Dream that my little baby came to life again; that it had only been cold, and that we rubbed it before the fire, and it lived,' she wrote in her diary. 'Awake and find no baby.'

Pregnant again only weeks later, she was likely still nursing her second baby when she started writing 'Frankenstein,' and pregnant with her third by the time she finished. She didn’t put her name on her book—she published 'Frankenstein' anonymously, in 1818, not least out of a concern that she might lose custody of her children—and she didn’t give her monster a name, either. 'This anonymous androdaemon,' one reviewer called it. For the first theatrical production of 'Frankenstein,' staged in London in 1823 (by which time the author had given birth to four children, buried three, and lost another unnamed baby to a miscarriage so severe that she nearly died of bleeding that stopped only when her husband had her sit on ice), the monster was listed on the playbill as '––––––.'

“This nameless mode of naming the unnameable is rather good,” Shelley remarked about the creature’s theatrical billing. She herself had no name of her own. Like the creature pieced together from cadavers collected by Victor Frankenstein, her name was an assemblage of parts: the name of her mother, the feminist Mary Wollstonecraft, stitched to that of her father, the philosopher William Godwin, grafted onto that of her husband, the poet Percy Bysshe Shelley, as if Mary Wollstonecraft Godwin Shelley were the sum of her relations, bone of their bone and flesh of their flesh, if not the milk of her mother’s milk, since her mother had died eleven days after giving birth to her, mainly too sick to give suck—Awoke and found no mother.

...'Frankenstein' is four stories in one: an allegory, a fable, an epistolary novel, and an autobiography, a chaos of literary fertility that left its very young author at pains to explain her 'hideous progeny.' In the introduction she wrote for a revised edition in 1831, she took up the humiliating question 'How I, then a young girl, came to think of, and to dilate upon, so very hideous an idea' and made up a story in which she virtually erased herself as an author, insisting that the story had come to her in a dream (“I saw—with shut eyes, but acute mental vision,—I saw the pale student of unhallowed arts kneeling beside the thing he had put together”) and that writing it consisted of 'making only a transcript' of that dream. A century later, when a lurching, grunting Boris Karloff played the creature in Universal Pictures’s brilliant 1931 production of “Frankenstein,” directed by James Whale, the monster—prodigiously eloquent, learned, and persuasive in the novel—was no longer merely nameless but all but speechless, too, as if what Mary Wollstonecraft Godwin Shelley had to say was too radical to be heard, an agony unutterable."--- Jill Lepore

The Keats-Shelley Association of America

How Frankenstein Came To Be

The first of three animated virals to promote the new Sky series 'Penny Dreadful', created at Beakus by director Gergely Wootsch. Taking inspiration from the origins of Frankenstein, this dark and atmospheric clip is narrated by Matthew Sweet, and illustrates how the novel came about. 'Penny Dreadful' is a major drama series on Sky created by John Logan and starring Josh Hartnett, Timothy Dalton, Eva Green and Billie Piper. The animation was released as an exclusive on The Guardian.

Books about the Author, Mary Shelley