The American Godfather of Horror and Mystery 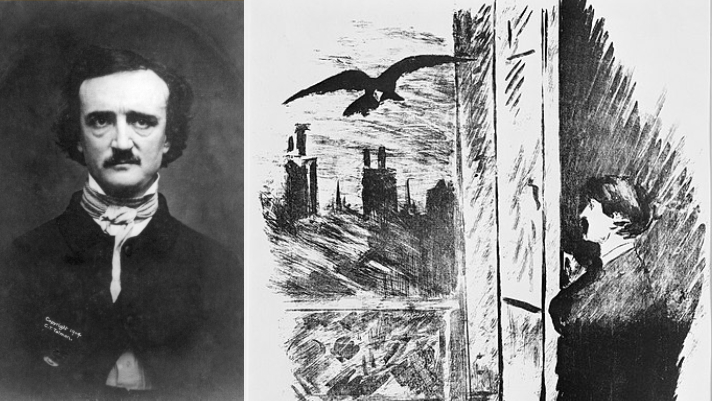 "He wrote about death. He wrote about many things, but death, and the return from death, and the voices and remembrances of the dead pervade Poe's work--like dramatist John Webster in Eliot's poem, Poe 'was much obsessed from death. He saw the skull beneath the skin.' Unlike Webster, though, Poe also saw the skull, and could not forget the skin that had once covered it.

('The death of a beautiful woman,' Poe wrote in an essay on the writing of 'The Raven', 'is, unquestionably, the most poetical topic in the world.')

People today still examine Poe's life, trying to use his life to illuminate his work: his actor parents, -- his father vanished, his mother dead by the time he was three; his strained relationship with John Allan, his foster father; Poe's child-bride and her tuberculosis; his troubles with the bottle, his mysterious and early death (he was forty). The life, short, tangled, strange, becomes a frame for the work, giving it context, and supplying both unanswerable mysteries and a shape in which the stories and the poems wait for each new generation of readers to discover them.

And discover them we do. The best of Poe doesn't date. 'The Cask of Amontillado' is as perfect a tale of vengeance as ever was crafted. 'The Tell-tale Heart' is a clear-eyed look through the eyes of madness. 'The Masque of the Red Death' seems more relevant with every year that passes. The stories still delight. I suspect they always will.

Poe isn't for everyone. He's too heady a draught for that. He may not be for you. But there are secrets to appreciating Poe, and I shall let you in on one of the most important ones: read him aloud.  Read the poems aloud. Read the stories aloud. Feel the way the words work in your mouth, the way the syllables bounce and roll and drive and repeat, or almost repeat. Poe's poems would be beautiful if you spoke no English (indeed, a poem like "Ulalume" remains opaque even if you do understand English -- it implies a host of meanings, but does not provide any solutions). Lines which, when read on paper, seem overwrought or needlessly repetitive or even mawkish, when spoken aloud reshape and reconfigure."

--Neil Gaiman, Some Strangeness in the Proportion: The Exquisite Beauties of Edgar Allan Poe

Who Was Edgar Allan Poe?

The musical, Edgar Allan Poe, was written and composed by Eric Woolfson. Its first show was in Germany back in 2009. The musical focuses on the childhood and life of Edgar Allan Poe. It has had a successful run in South Korea.